Tesla is starting to offer the option to purchase its all-electric Model 3 and Model Y vehicles at the conclusion of a leasing period in some markets in Europe and Asia.

For some time, Tesla has not allowed owners to purchase their cars at the end of a leasing period. The car is to be returned to the automaker with no chance of a leaseholder buying out the car at the conclusion of the period. The car would be added to the company’s used inventory, to third-party resalers, or reserved for the future use of the Robotaxi fleet.

Tesla’s leasing policy is one of the few automotive programs that is subjected to a required return policy at the conclusion of a leasing period. In its 2020 10-K filing with the SEC, Tesla details its process for receiving leased vehicles when the period is terminated.

In some markets in the U.S., Canada, and Europe, Tesla did allow Model S and Model X leaseholders with the option to purchase the vehicle at the end of the lease period.

“At the end of the lease term, customers are required to return the vehicles to us or for Model S and Model X leases in certain regions, may opt to purchase the vehicles for a pre-determined residual value.”

This program did not apply to the Model 3 or Model Y, as anyone who leased either of these cars would be required to relinquish possession of the vehicle with no chance of purchasing it at the end of the lease. However, Tesla added a new section to the 10-K in 2020, detailing the possibility of a lease-to-buy option in some markets in Europe and Asia, and it applies to the Model 3 and Model Y. The company writes, “This is not available with the Model 3 and Model Y,” on its website.

In summation, Tesla is offering the option to buy a vehicle at the end of a lease in some markets. The customer has the option to return the vehicle as well in some cases, and Tesla is “reasonably certain” that the leaseholder will take possession of the vehicle title when the lease ends.

Teslarati obtained a list of the countries where this lease-to-buy option is available, according to the Online Design Studio. Some countries have explicit language that states the vehicle leaseholder must return the vehicle, while others indicate there is an option to purchase the car at the end of a lease. Some do not have any language that indicates what the leaseholder must do, which could indicate that the option to purchase the vehicle is available at the conclusion of the leasing period.

The countries where a lease-to-buy option is available are:

A FEW EXAMPLES SHOW THAT THERE IS EXPLICIT LANGUAGE THAT INDICATES A LEASE CAN BE PURCHASED OUTRIGHT AT THE END OF THE PERIOD. 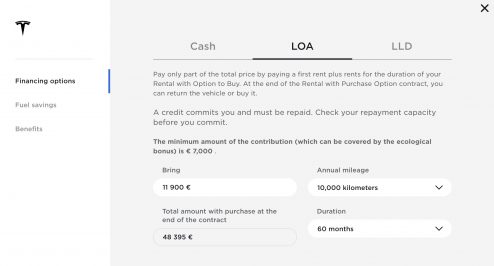 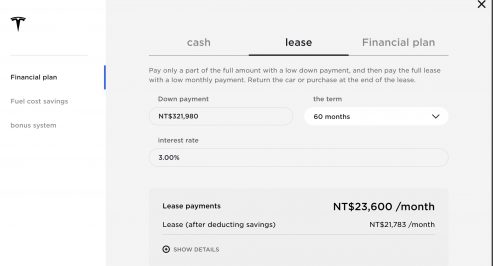 OTHER DESIGN STUDIO EXAMPLES SHOW THAT THE VEHICLE MUST BE RETURNED TO TESLA AT THE END OF THE LEASING PERIOD. 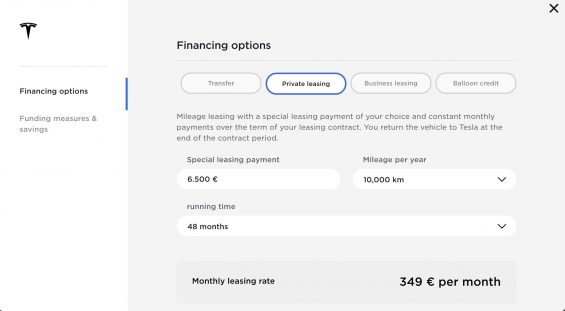 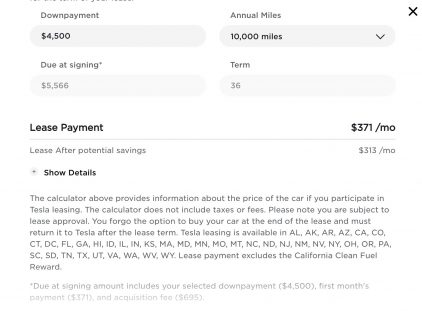 LASTLY, OTHER DESIGN STUDIOS SHOW NO LANGUAGE EITHER WAY, WHICH SEEMS TO INDICATE THE OPTION TO BUY THE CAR IS AVAILABLE AS THE LEASE TERM EXPIRES. 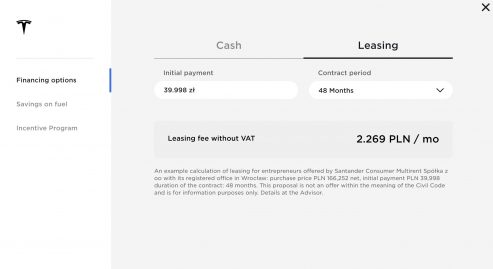 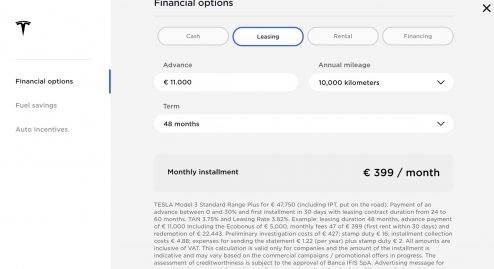 Poland is one country where Tesla does not indicate whether the car is required to be returned at the end of a lease period. However, the option to buy the car at the end of the lease is available, according to one Polish Model 3 leaseholder who spoke to Teslarati. Model 3 leaseholder Szymon Janus said that Tesla does allow lease-to-buy options in his country of Poland, and at the end of the lease, can be purchased for “around 60% of the new car’s value,” he said. However, Tesla isn’t offering the lease-purchase option directly, it is operated through a bank, he says. This could be why Tesla has no explicit language depicting the required return of the vehicle at the lease’s end date.

Tesla has not revealed any further details within its 10-K filing that indicate whether the company will allow leased vehicles to be purchased at the end of a leasing period. However, it did detail some specific financial figures.