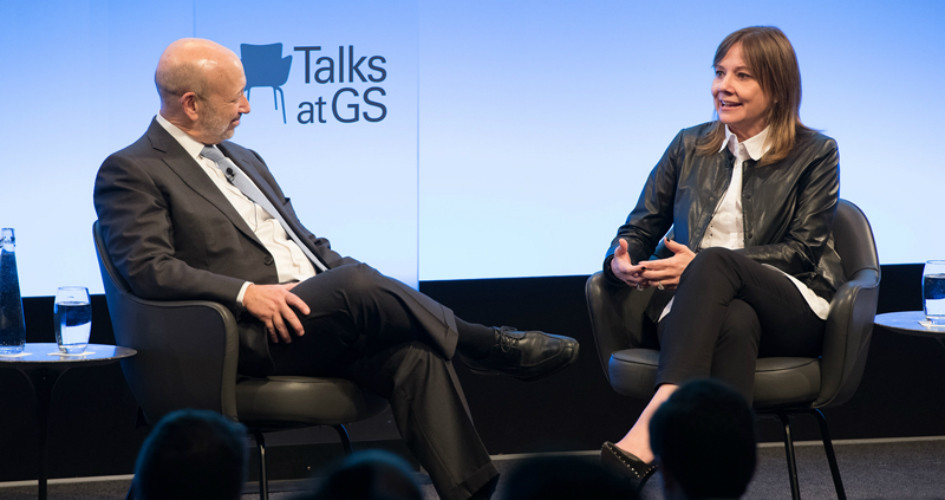 Mary Barra on Driving Into the Future

On building GM’s culture: “One of the things that we’ve really worked to instill in the culture is putting the customer at the center and earning customers for life and really understanding that every single interaction you have with the customer is an opportunity to win them or lose them...We don’t have a right to exist. We have to earn our right to be General Motors and to be able to have the privilege to build cars, trucks and crossovers and other transportation services by doing a great job and earning customers. And so really that’s the transformation that we’ve made.”

On being a role model for young women: “I had a mother who just created this sense of ‘you can do and be anything you want to be.’ She was born and raised in the Depression and she didn’t have the opportunity to go to college, but she just believed in the American dream and that you can be and do anything you want... What I learned as I got into this job – because it surprised me – I had a lot of people coming up to me saying, ‘I see you now in this role and therefore my daughter is now going to study engineering or my daughter wants to be an engineer.’ ...So for a lot of young women as they are making career choices or even in middle school when they are deciding to work hard at math and science it is this creating the role model so people say ‘yes there is a path and I can do that.’”

On the future of the auto industry: “When you look at what’s transforming the industry – there [are] really four broad areas. It’s how the car is propelled and we’re very proud of the Bolt EV and the work that we’re doing on the next generation of electric vehicles and fuel cells. There’s autonomous vehicles... We have made a bold statement that we will have safe autonomous vehicles ready to launch in a ride sharing environment, a geo-fence ride sharing environment in 2019. And so we’re working hard and on track to do that. There’s the broader connectivity in how we can not only create more service for you in the vehicle, but also look at how we can use the data because there’s so much information available in a car. Not only what’s happening in the car, but what’s happening around it, how do we create value there and are able to monetize that? And then sharing. And we have Maven. That’s our car sharing company that we set up many different configurations learning what works.”