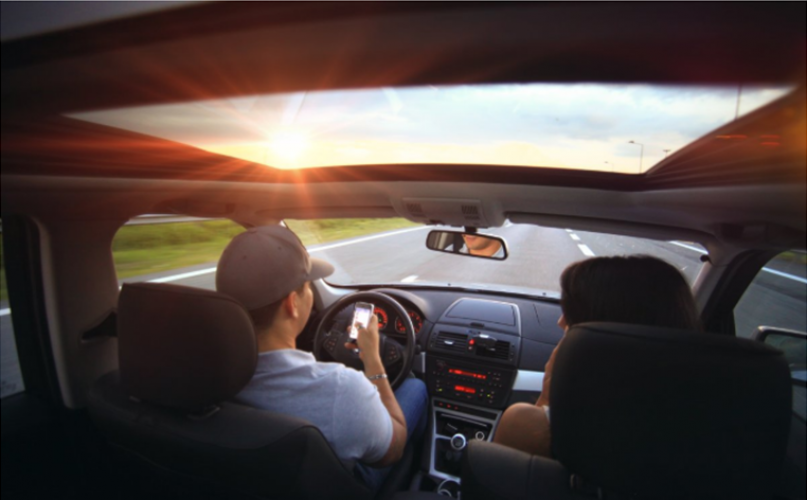 Two thousand years ago, in ancient Rome, the primary mode of transportation was an intelligent one: the horse. The Latin word "currus" was the inspiration for Alex Colosivschi when it came to naming his business, Currux.

"We chose this name because we believe in a future where cars and actually most modes of transportation will be intelligent, like horses," he explains. "And so it's a great name considering our focus on the future of mobility and machine learning."

The change from "s" to "x" at the end of the word allowed Colosivschi to trademark the name.

The entrepreneur, whose career was focused on energy finance until starting the new company in 2017, came up with the idea for Currux while walking in his Rice Village neighborhood. He realized that despite the green surroundings, he was choked by the smell of engine exhaust.

"I started with thinking about the future of energy and how the industry will adapt to a world of electric, autonomous and shared mobility, and the need to reduce CO2 emissions," he says.

His goal is an ambitious one: With Currux, Colosivschi hopes to not only reduce the cost and carbon footprint of owning a car, but also the accident rates. How? Currux itself is a long-term automobile subscription service. Colosivschi says to think of it as a long-term rental or a more flexible version of a lease. The car is delivered through an app and there is no commitment at the end of the subscription. Regular maintenance is included and the company is on the way to providing insurance, too.

It's also possible to share a car or fleet of cars with friends, assuring that your vehicle is only touched by people you know. This will be even more true when autonomous driving technology allows the car to go from subscriber to subscriber without a human in between.

"With the advent of digital shopping, we believe subscriptions will become the primary way that people get a car," Colosivschi predicts.

This will save clients money, but the ultimate goal is much bigger. Colosivschi wants to reduce air pollution. This will happen naturally with having fewer, mostly electric, cars on the road thanks to vehicle sharing, but another technology will also aid in the fight.

"Just by slowing down and driving in a less aggressive manner, we can significantly reduce fuel consumption and more importantly prevent accidents from happening."

If you've driven or ridden in a Tesla, you've seen similar technology in action. Computer vision creates accident warnings and tracks how you handle your vehicle on the road. Yep, it's AI for your phone, which also incorporates GPS tracking, navigation and driver profile scoring.

"This set of functionalities normally require three or four different types of hardware and software systems and many thousands of dollars in expense per each car," explains Colosivschi.

But Currux Vision only requires that the user install the app, have a car-mounted phone holder with an unobstructed view of the road, and pay $4.99 each month for the technology.

Both these apps were created by Currux's own technical team, based mostly in Ukraine. As the company expands, Colosivschi has plans to significantly grow the Galleria-area Houston team, which is currently just a few employees strong.

But Colosivschi is ready for big growth. Currently, Currux is available only in Houston, but other U.S. cities will follow soon. As an energy industry lifer, the entrepreneur is also primed for significant changes not only to how we drive, but how we consume energy.

"The age of the internal combustion engine and automobile ushered in the age of oil. The age of lithium ion batteries, machine learning and digitization of transaction mediums similarly will have profound effects for both transportation and energy sectors," he predicts. He's confident that Currux can grow with those sea changes. And he's ready to help transform the world, starting with Houston.