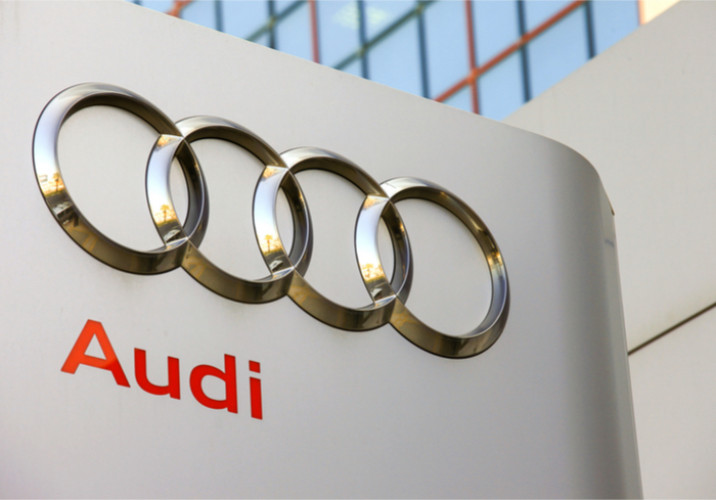 Luxury automakers are test driving new business models: Audi has announced a pilot program dubbed Audi Select that allows customers to borrow from a small selection of vehicles. The service, which made its first appearance in five Dallas-Fort Worth area dealerships, gives customers access to a variety of vehicle types, from sedans and coupes to convertibles and crossovers.

Why Texas? In an announcement for the service, Audi said the state “continues to be a strong market” for the luxury car maker. The company claims that Audi sales within Texas “doubled the pace of the premium segment, according to IHS retail registrations [through May of this year].”

Subscribers aren’t limited to borrowing one particular car, and can swap out their vehicles as often as twice a month using “concierge pick-up and delivery.” There is a time limit for subscribers, however: A customer can have a vehicle for up to six months. The program is a relatively all-inclusive experience, as the monthly fee covers maintenance, taxes and insurance – although drivers are on their own when it comes time to fill up at the tank.

Audi does have grander visions for so-called mobility services, which goes beyond the Audi Select business model. The company plans to create “an ecosystem that will allow consumers to access the brand how they want, when they want and where they want,” according to Audi of America President Scott Keogh.

The service offers subscribers a benefit through rental car service Silvercar, which the automaker purchased last year and also happens to be based in the Lone Star State. Subscribers can have two dozen days of free rentals each year in 24 markets across the country, such as Los Angeles and Miami. Aside from enabling consumers to drive an Audi on vacation, Silvercar provides Audi with another benefit: “Audi Select will leverage Silvercar’s digital mobility management platform for quick development and scaling,” the company said in the announcement. In other words, Silvercar will provide Audi with the backbone needed to run a “mobility ecosystem” in cities, airports and dealerships.

In terms of market, The Verge noted that Audi’s service could be attractive to consumers who like to drive a different car on a roughly monthly basis. But why are automakers experimenting with this model? “Car companies are experimenting with new ownership models in a hedge against the perception that in the future, fewer people will own cars,” the outlet noted.

Audi seems to be heeding that call, as CFO Matt Carpenter told Automotive News that the company intends to bring the Audi Select concept to more locations sometime in the future. “We want to do this in other markets, but we need to learn what we need to learn before we move to other markets,” Carpenter said, adding that such a rollout could be publicized before the end of this year.

Audi is not the only luxury automaker on the block with subscriptions: In an effort to reach drivers who want the convenience and variety of a subscription, Mercedes-Benz is rolling out a pilot service called the Mercedes-Benz Collection. Drivers will be able to access Mercedes-Benz vehicles in Philadelphia and Nashville with the launch, the company said. In a June announcement, Mercedes-Benz USA President and CEO Dietmar Exler said, “We know there is a market opportunity for people who would like the ability to move in and out of vehicles, depending on what they need or want at a particular point in time, or who don’t want to own a vehicle right now. That’s why we are excited to test the waters with Mercedes-Benz Collection.”

Beyond Mercedes-Benz, Porsche’s subscription service, dubbed Porsche Passport, is luring in younger-than-expected drivers who wouldn’t typically be in the market for their cars, it was reported in March. Porsche North America Chief Executive Klaus Zellmer said, “We’re conquesting a target group, and engaging them with a brand, who do not want to commit to a three-year lease. They just want to go month by month and are willing to spend for that.”

With the service, Porsche is hoping to attract two types of customers: someone on a long-term stay in Atlanta for business and a successful millennial who would prefer to experience driving a variety of vehicles instead of buying just one. The service could also appeal to potential Porsche owners, who could also use the service as an extended test drive. Dealers, too, can benefit from getting all maintenance and repair work, as well as the vehicles, to sell used after they move out of the Passport fleet, showing that such services can bring in additional revenue streams beyond subscription revenue.