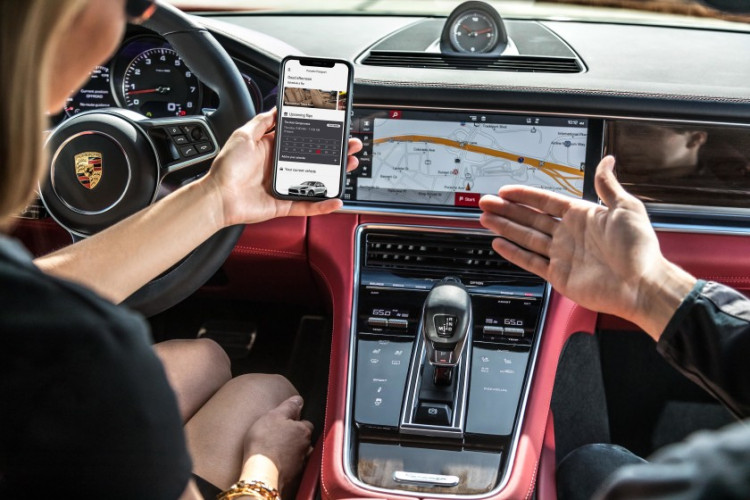 Pay to play: Car-subscription programs on the rise

Once a privileged perk offered primarily by luxury brands, vehicle-subscription programs are being expanded to a broader market and could surpass car ownership as an age-old rite of passage.

The automotive industry is at a very interesting intersection where technology advancements are colliding with macro-environmental changes, according to Gary Brooks, chief marketing officer of Syncron, a provider of supply and manufacturing technology. The changes will ultimately result in the largest business model transformation that we will see in our lifetime, he said via email.

This collision of forces is driving the popularity of subscription-based mobility offerings, Brooks said. “A growing number of OEMs are now experimenting with flexible subscription offerings, but most are in the early stage of their business model transformations.”

Porsche has just expanded the reach of its “mobility models” Passport and Drive. The German automaker debuted its pilot program in 2017 in Atlanta, the U.S. headquarters of Porsche USA. And the programs were just made available to San Diego, Las Vegas, Phoenix and Toronto.

Clutch Technologies, an Atlanta company owned by Cox Automotive that develops software for vehicle subscription service providers, now works with 18 auto brands — compared with just four a year ago, according to a report in Automotive News.

“For as long as I can remember, owning a car has been a rite of passage,” Brooks said. “But in the age of Netflix, Spotify, Uber and Lyft’s All-Access Plan, new consumers are rethinking the traditional ownership models preferred by prior generations and are more interested in usage and experiences than ownership.”

While automotive luxury brands are leading the way when it comes to subscription models, Brooks expects that market forces will drive other brands to bring “as a service” subscription offerings to market.

As consumers re-examine ownership and owners become subscribers, we’re seeing new automotive brands emerge. Lynk & Co., a Chinese-Swedish automobile brand owned by Zhejiang Geely Holding Group, offers a subscription-based service to customers. Users can operate the service for a month at a time in addition to being able to share vehicles out on a short-term basis to other consumers.

Porsche mobility
Porsche Passport and Porsche Drive offer up to 20 current model variants for shorter-term use than a traditional lease or purchase.

Passport is a monthly subscription that offers members unlimited swaps between models, which are scheduled and delivered through an app. Vehicles are delivered and picked up by a local dealership concierge anywhere a customer chooses — home, work, hotel, restaurant or wherever — within their service area.

There are two levels of subscription, and both include all operating costs — except insurance and fuel — in the flat monthly fee. The “Launch” membership, $2,100 (plus 7.75 percent taxes for San Diego and fees, such as for refueling), includes eight model choices. The $3,100 “Accelerate” level adds 12 higher-performing models to the menu.

Porsche Drive offers shorter commitments than a month, such as weekend getaways, date nights or vacations. The program features a four-hour minimum or daily and weekly options. As with Passport, the cars are delivered and picked up by concierge at the customer’s preferred location.

The cars are delivered clean with a full tank of fuel and should have a full tank on retrieval but don’t have to be washed.

Local access
Porsche San Diego, at 9020 Miramar Road, is the only local dealership participating in the subscriptions, which have been ongoing for about four months.

The results and renters have been in line with what Porsche USA experienced with the Atlanta program, according to Alan Perlin, general manager at Porsche San Diego.

The participants have not been “Porsche people with a Porsche past,” he said. “Most people are using (the programs) to get into a Porsche and try it as an extended test drive.”

The shorter-term Drive is getting more traction, he said, which is strictly based on the finances. “It’s a lot less money, rather committing to a month. Most of the people we are seeing are about 10 years younger than our regular demographic.” (On average, the age of a Porsche buyer is in the mid-50s.)

The convenience — not economics — has been popular with young professionals who work long hours, he said: “When it gets dirty, get a new one.”

The dealership provides the vehicles, and the concierge is at the dealership. “If you sign up, you’ll talk with Cliff and he will arrange the deal,” Perlin said.

So far, the dealership has had no bad experiences by the 30 or so who have participated. Background checks have winnowed hoonigans from genuine drivers “because Clutch approves the people and it has turned out excellent,” Perlin said.

“Anything that can expose more people to this brand is 100 percent a positive thing,” he said.

Flexibility
Porsche is adopting new mobility models because consumers increasingly want more flexibility, more individual choice and to have this on their mobile devices, Klaus Zellmer, president and CEO of Porsche Cars North America, said in a release.

“We want these consumers to have the same superb level of Porsche experience that we provide for our customers who buy or lease,” he said.

This innovative approach has already opened the door to a new clientele.

“In our first year and a half, more than 80 percent of Passport members in the Atlanta pilot were not previous Porsche owners,” Zellmer said.

For the Atlanta pilot for the Passport program, the subscription term on average is about four months, with the most common reason for suspending membership being extended travel plans.

Passport users swap models, on average, 2.5 times a month, he said. More than 50 percent of members flip their vehicles at home, close to 30 percent swap their vehicle at work and the remaining swaps occur in other locations, such as a coffee shop or restaurant.

Finances
Subscriptions offer simple, flexible lifestyle-based mobility, Brooks said. But one thing he finds really interesting about subscription models, especially once they become more universally accessible, is that individuals with little to no credit have access to vehicles without taking on any debt.

And he expects the automotive subscription offerings to evolve and adapt to meet the specific lifestyle needs of various subscriber personas.

“If the lifestyle of the consumer of a premium brand requires a ‘concierge’ service, the OEM will deliver it,” Brooks said.