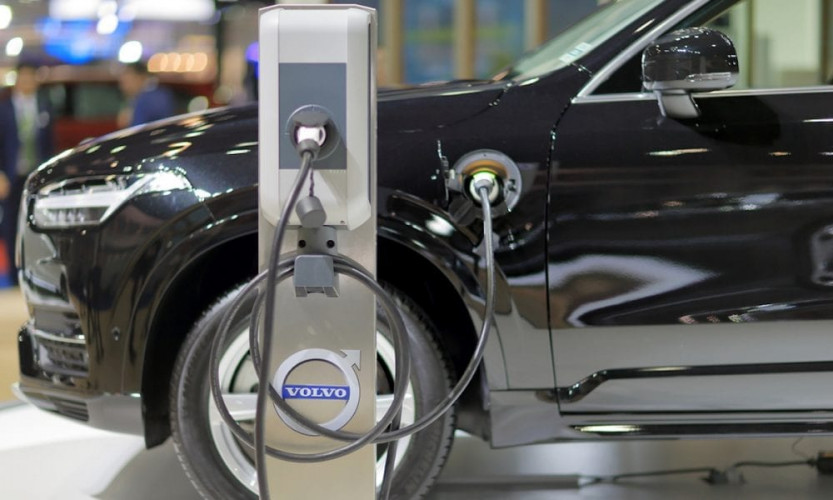 Will The Shift To Electric Vehicles Change The Car Subscription Market?

The concept of cars on subscription has generated a lot of buzz in the last few years, but as of early 2021, it is still a work in progress. In 2018, both Audi and BMW announced subscription programs that would allow consumers to pay a monthly fee to upgrade their automobiles to the latest model (whenever they wanted, in BMW’s case). Neither program quite took off with consumers, and earlier this year, both BMW and Audi announced they were calling it quits on their subscription offerings.

But, as sticky.io CEO Brian Bogosian told Karen Webster, the fact that Audi and BMW couldn't make it work isn’t a reason to count out the concept. In fact, he went on to highlight companies like Volvo that have succeeded in their subscription efforts.

“I think people will see significant uptake for car subscriptions, and I think some brands will be very successful with this kind of model,” Bogosian predicted. “For a mass-market car that addresses a big part of the total market opportunity, I think there will be a tremendous opportunity for a subscription term of three to five years, offering subscriptions at different price points. I think it comes down to what you're providing to consumers, and whether it’s compelling or not.”

And as of this week, the segment's reigning champion, Volvo, announced the latest upgrade to both its automobile line and its digital sales path. The company has revealed its plans to release a whole new lineup of electric cars, including its second battery-only model, the C40 Recharge. And in a new move that separates them from a lot of automakers stepping into the EV field, Volvo has also announced that its electric vehicles will be for sale online only.

According to the statement, Volvo aims to be a fully electric car company by 2030 with all EVs sold online only, meaning that its dealership days will be coming to an end. Volvo Cars will focus on a complete convenient customer offering, all under the Care by Volvo name. Care by Volvo is the brand’s subscription service.

"The future of Volvo Cars is defined by three pillars: electric, online and growth," said Lex Kerssemakers, head of global commercial operations. "We want to offer our customers peace of mind and a carefree way of having a Volvo, by taking away complexity while getting and driving the car. Simplification and convenience are key to everything we do."

And Volvo isn’t the only name-brand automaker making moves to tie its futuristic EV automobiles to its more modern payment plays with subscription services. Porsche announced that it has added its EV vehicles to its subscription lineup. The all-electric Taycan sports car is now available to subscribers to the Porsche Drive service for $2,500 a month. The model retails for around $103,800.

Porsche Drive launched in October 2017 as a single-city pilot in Atlanta, Georgia. Since then, it has spread out to eight additional cities, including San Francisco, San Jose, Los Angeles, Monterrey, Irvine, Houston and Phoenix. Subscribers can choose from up to seven different models for a month-to-month subscription, or for as little as a day. “Think of Porsche Drive as a sports car-as-a-service, a convenient digital way to access the Porsche experience,” said Kjell Gruner, president and CEO of Porsche Cars North America, in a statement.

And as an incentive to pull more drivers into the programs, Taycan 4S is initially available only to subscribers. Customers can access it through the automaker’s Single-Vehicle subscriber plan, and cannot be used as a swap in Porsche's multivehicle program.

While the big names are making the big plays, particularly in using their EV offerings to boost their subscription plans, they are not alone in the field. U.K.-based Onto is a startup created to connect consumers with EV cars on subscription. Onto offers subscribers free charging, insurance, servicing, breakdown coverage and up to 1,000 miles worth of charging per month from BP Pulse and Shell Recharge stations, all for a monthly fee of £1,299 ($1,820). That price is for the Audi e-tron SUV, the company's highest-priced offering by a fair margin.

As experts have noted, the bundled package offered by subscription services is actually ideal for potential EV car buyers who are nervous about maintenance requirements for a new vehicle. "Although it's an increasingly unfounded viewpoint, electrification and additional complication still go hand-in-hand in the eyes of many drivers, so our involvement with Onto will be valuable as a means of dismantling as many perceived obstacles to EV ownership and usage as possible," said Director of Audi UK Andrew Doyle.

So will subscription services be the special sauce that makes EVs seem more accessible to consumers — or will EVs be the magic ingredient that leads more consumers to use subscriptions for auto ownership? Or perhaps it will be a little of both, as each presents the other’s perfect use case.