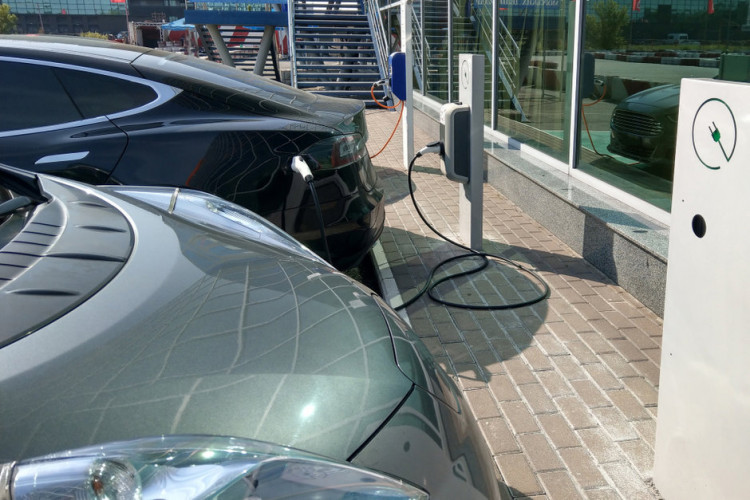 Investors Are Eyeing Mobility Technologies, and for Good Reason

Venture capital investors recently discussed the transportation innovations where they see big opportunities for significant growth — the expansion of electric vehicles and autonomous technologies are among them.

Government fleet managers and private industry are beginning to realize the cost savings associated with electric vehicles, prompting a gradual transition away from gas-powered cars and trucks. This transition is tempered with a lack of understanding about the nascent technology, but at the same time new business opportunities, experts say.

“In general, our sense is that the natural fleet management industry is tailored around internal combustion engines, and can’t figure out EVs. And so, it’s actually going to be a whole new set of players that manage the 800,000 vehicles that ridesharing platforms and others are going to be renting over the next five to seven years,” said Jigar Shah, president of Generate Capital, during the CoMotion LA conference late last month.

“When you look at the cost disparity between the electric and the gasoline powered, and then look at the operational costs… it’s very simple math,” said Stevens.

Charging all of those cars from publicly available high-speed chargers may not be where the future is headed, according to Shah, adding that this infrastructure is expensive to build out, and at least thus far, has not been profitable. In the future, as now, drivers of EVs will generally charge overnight at home, he added.

“I think sometimes we get caught up in a lot of the hype of some of these things, but it just doesn’t make sense on paper,” he remarked.

High-speed DC charging has been championed by electric car advocates as a crucial piece of infrastructure needed to encourage a full-scale adoption of EVs by consumers, giving them the peace of mind to be able to quickly charge while on the highway or for drivers without access to home charging.

Other transportation innovations that venture capital investors seem bullish on is autonomous drones, particularly when deployed in the goods movement sectors such as inventory management and control in warehouses, or for actual deliveries.

“I think that venture investors are eager to participate in these companies that are developing entirely new ways for people and goods to move around,” said Ben Marcus, a co-founder and managing partner for UP Partners. Marcus is also a co-founder of AirMap, an airspace management platform.

He added, UP Partners is not investing directly in, say, vertical take-off and landing aviation, known as VTOL, but in the “enabling technologies and the digital infrastructure around allowing those types of vehicles to operate at scale.

“You can create the world’s coolest, most incredible, most efficient vehicle, but if you don’t have a way of operating them and at scale, you’re not going to fly any more of them than helicopters fly today,” said Marcus.

A new president coming into office next month could set the table for reimagined investments in infrastructure, investors say. And the hope is that those investments move in new and more innovative directions.

“We are making roads the same way we made roads 40 years ago. It literally makes no sense,” he added.