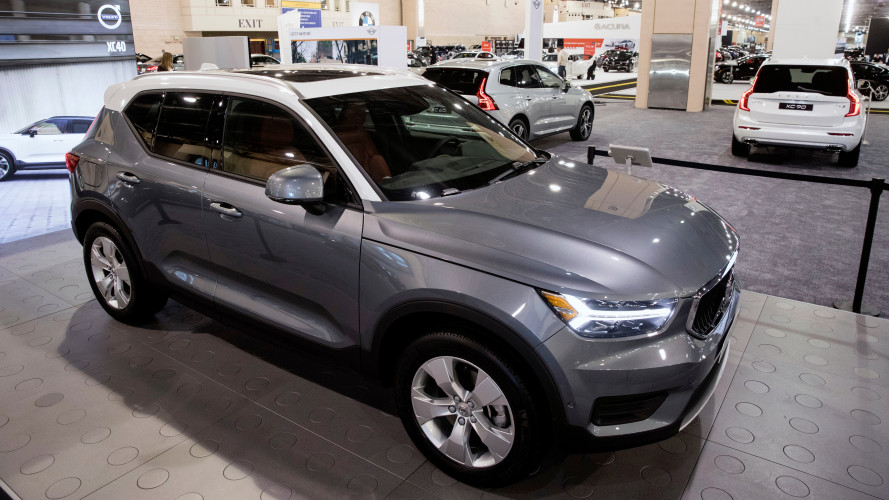 This is What You Need to Know About Car Subscriptions

Subscription services are the norm nowadays. You can subscribe to Netflix to watch movies, to Spotify to listen to music, and to Blue Apron to try out new foods. So, why not start subscribing to cars?

Basically, a car subscription is exactly what it sounds like. You don’t have to buy or lease a car anymore. You just pay a monthly fee instead without worrying about all the pesky insurance and maintenance costs. And you can even swap your car in for a new one when you feel like it—so, y’know, you can take the whole family on a road trip in an SUV, but go back to your small vehicle to get the fuel savings to the work commute.

Car subscription gives you the kind of flexibility that the traditional avenues of driving don’t offer. You can change cars quickly and more freely than normal because basically all you’re committing to is a certain brand’s service. If you’re cool with driving nothing but Volvos but need the flexibility to switch between an SUV and a sports car pretty regularly, then subscribing might not be a bad idea.

It also seems to be a better option for the folks out there with questionable credit scores. Since subscription services aren’t a long-time commitment, they seem more likely to give someone a chance.

And if you, like me, have to bring in your take-no-shit grandpa along to talk down the price of your car because you don’t have the balls to make demands, then this might be great news. There’s none of that negotiating associated with the traditional auto market. You just pay the monthly fee that everyone else is paying, and you’re on your way!

Why Lease or Buy?

But that doesn’t mean subscribing is always the best option. There are still plenty of people in the world who like owning a car. If you’re someone who knows what they want and know it will last, then there’s no point in bothering with a subscription. You’ll just be paying for something you’ll never have a chance of owning.

And, if you’re not like me, you might actually enjoy negotiating! There’s really not much wiggle room in a subscription contract. You just pay for the service and go—if you’re someone who takes pride in being able to talk a thousand bucks of the sticker price, you’re not going to like hearing “sorry, sir/ma’am, we can’t really change this contract”.

So, Is It More Cost-Effective Than Leasing or Buying?

Now, pricing is where this gets tricky.

If you want to get into the nitty-gritty, Edmunds has done a freakin’ awesome job laying out the cost of every single subscription service available, as well as how pricing works in certain examples. BMW, for example, has multiple pricing tiers that grant access to different vehicles ranging from $1,099 to $2,699 a month. Ford Canvas is only $380 a month. And, if you already have your own proof of insurance, the provider Fair can go as low as $160 a month.

But since there are about a million different ways to go about acquiring a vehicle traditionally, it’s hard to say if a subscription would hands-down always be cheaper or more expensive.

Only Volvo was found to have a consistently lower subscription premium than the other models studied by Edmunds, but with used car services like Fair coming to the fore that promise to be more affordable than a luxury subscription.

Get ready for rules, baby.

Because the car you’re using is theoretically going to be given to someone else at the end of your contract, subscribers are held to a pretty strict set of rules. After all, you can’t be out here making modifications and going street racing in a car you have to give back.

Every service is different, but there’s likely going to be some kind of mileage clause. In some cases, you’re able to purchase the mileage you want. In others, you’re just given a certain monthly allocation where you pay for every mile above the limit you drive.

You also have to keep this shit in good repair. That means no animals, no smoking, no extra drivers, and no international drives without consulting the company and running through a whole slew of bureaucracy and paperwork. You’re basically beholden to most of the rules you’d expect would impact you if you were renting a car for a weekend.

And you’re probably going to be tracked. Since the car you’re driving isn’t your property, companies want to make sure you can’t violate your contract by doing something you agreed not to do, and they want to be able to find you if you’re not making payments. Cadillac’s vehicles even collects speed, airbag deployment, and hard braking events. You’re not going to get away with anything sketchy, folks. Read that fine print.

Like it or not, car subscription looks like it’s going to be offered as a new way to acquire a vehicle. We here at Jalopnik aren’t going to tell you how you get your hands on a car; we want y’all to have the best information available to make a choice that suits your needs.

Make sure you’re reading the fine print, checking in with your insurance company, and doing a heavy cost-benefit analysis before subscribing just like you would buying or leasing. Ask a million questions. This could very well be a life-changing service, or it could be something you hate more than anything; it’s all up to you.