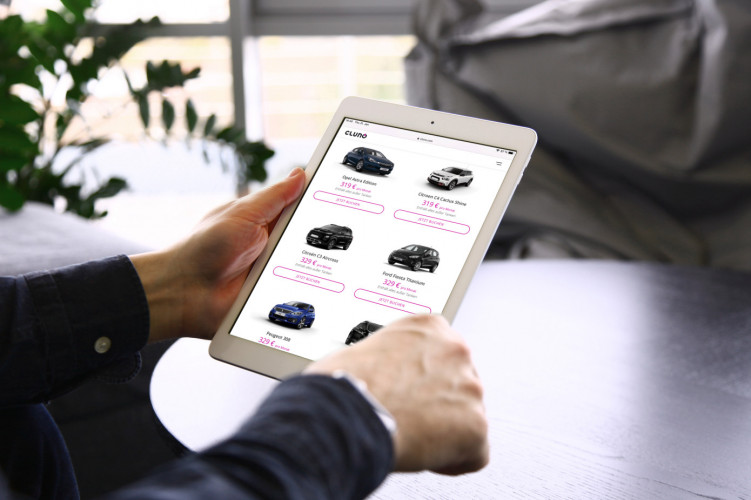 Cluno, the Munich startup providing what it calls a “car subscription” service, is disclosing that it has raised €140 million in debt financing.

Separately, the company raised €25 million in equity financing in a Series B round in February led by Valar Ventures, the U.S.-based venture capital firm founded by Peter Thiel. Others that participated are Acton Capital Partners and Atlantic Labs, which both backed Cluno’s Series A round. It brought total equity raised by Cluno  to €32 million.

Founded in 2017 by the same team behind easyautosale (which exited to Autoscout24 in 2015), Cluno offers an alternative to car ownership or a more restrictive lease by enabling you to subscribe to a car for an all-inclusive monthly fee.

Available in Germany only, you book your car online or via the Cluno app, with the monthly fee covering all costs except fuel. After a minimum term of six months, subscribers can return or switch their car with three months’ notice.

Convenience and choice is also part of the pitch. This sees bookings, as well as credit checks and signatures, all carried out paperlessly via the Cluno app. The startup offers multiple models from nine car companies, including BMW, VW, Audi and Ford. Models span small cars to SUVs, including hybrid and electric vehicles.

Cluno tells me the new debt financing is dedicated to growing the company’s car subscription fleet “and serves as the basis for structures that are fit for capital markets.”

“The structured, asset-based financing via ‘Cluno FinTech 1 GmbH’ and ‘Cluno FinTech 2 GmbH’ is a highly profitable and at the same time insolvency-proof investment for banks. Cluno’s fully digital reporting and the resilient backup service structure contribute to reliability,” says Dr. Veronika von Heise-Rotenburg, CFO of Cluno, in a statement.

Meanwhile, the previously raised equity is being used to grow the two-year-old Cluno, which currently counts 80 employees.

Adds Nico Polleti, co-founder and CEO of Cluno: “Car subscription has proved to be very successful as a mobility concept and is on the verge of entering the mass market. As innovation driver in a fast-paced industry, we want to take our business model to the next level as quickly as possible. Our goals are scaling and, in the long run, internationalization. Both the financial resources as well as the trust of the financial institutions are a crucial lever.”